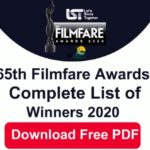 The Internet Architecture Board (IAB) is the committee responsible for supervising the technical and engineering development of the Internet. The IAB committee is appointed by the Internet Society (ISOC), Which is an international Organization whose mission is to encourage Internet usage. IAB supervises a number of Task Forces, which are temporary organizations formed to work
Read More

Internet is a system of computer networks that are spread all over the world and use number of protocol of protocols to communicate with one another such as transmission control Protocol (TCP) and Internet Protocol (IP). Internet is still uncharted and there is no central authority controlling the content of the Internet and user connectivity.
Read More